A rhetorical analysis is a type of paper that dissects the means by which the message was conveyed in a text, speech, or another medium. Rhetoric topics for an essay or research paper often focus on non-fiction writing and public speeches, which are easy to analyze through the lens of the rhetorical triangle, message, speaker vs. audience dynamic, artistic and inartistic proofs, etc. However, more broadly, rhetoric topics for essays can explore a variety of media: print advertisements, motion pictures, songs, and poetry.

Whether you look for inspirational rhetorical analysis topics for essay, you can make almost anything your object.

The structure of the rhetorical analysis is similar to other academic papers. In its most basic form, the analysis can be presented as a 5-paragraph formation familiar to every essay writer:

There are several key points to concentrate your analysis on:

James Joyce's Ulysses and a 20-second TikTok alike can be broken down into these components and analyzed, so the possibilities for rhetorical analysis are pretty much endless. To help you choose, we have put together this list of 100 rhetorical analysis paper topics divided into five major categories:

While you are looking for good topics to write a rhetorical analysis on, you may notice that some of them are linked to samples from our free library. You are welcome to read any number of those to familiarize yourself with the format. See how rhetorical analysis principles and tools were used by other students and applied to different objects. Happy learning!

This section contains topics for self-analysis or just things that might fascinate you personally: your diary, a family heirloom, favorite song. If you'd rather stay on familiar territory to dip your toes into the rhetoric analysis, choose one of these:

Topics for Rhetorical Analysis of Speeches and Political Discourse

Public speeches and political addresses are the traditional objects of rhetorical analysis essays and for a reason. They make good material for practice since they are usually very clear and straightforward in their intent, context, and rhetorical situation.

An essay analyzing breakfast cereal commercial? Why not! Such an assignment is typical for business and marketing majors. Still, it can also attract artistic students and anyone who wants to be more mindful about ways we as consumers are persuaded to buy.

Non-fiction literature and film is another typical example of a rhetorical analysis essay subject. Clearness of context and authorial intend brings this category close to speeches. However, the scope of media and forms is much more varied, which makes for an exciting analysis.

Works of fiction are often objects of literature analysis, but they can be subjected to rhetorical analysis too! Layers of metaphors, irony, stylistic choices, and unreliable narrators make such analysis a challenging but rewarding endeavor.

If you need more inspiration on a specific topic, just go to our free library and search topics you are interested in by keywords or use our topic generation tool. You can also request a custom-made sample on any topic of your choice. Our expert writers will prepare a model essay for you in no time! 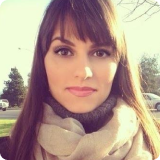 Login
Custom Writing
or use your social media account
Don't have an account? Register
Internal server error. Please try again later.
Forgot password?
We’ll email you the instructions on how to reset it