Endeavour School: A Successful Case of Integrating Sport into K12 Curriculum That We Can Learn a Lot From

Do you know the most baffling thing for international students entering the US educational system? No, not the grading, electives, or lack of uniforms, but our obsession with school sports. “What’s wrong with that?” you might wonder, “Schools should be holistic, keep children active as well as educated.” And here is where I’m with you 100%. School kids benefit from sports exercises and also get valuable lessons in perseverance, team spirit, and sportsmanship.

Yet our approach is far from the balanced ideal of the Renaissance person – an eloquent essay writer, a brilliant mathematician, an inspired artist, and a capable athlete. Our problem is that we prioritize the latter over everything else. Exaggeration? Let’s see.

What is wrong with our approach

As I already pointed out, sport is indeed an essential part of secondary education – and this truth is universal. Schoolchildren around the world are encouraged to play sports as club activity after school or on weekends. Alternatively, they just enjoy pickup games in the fields and alleys as a part of afterschool fun. Yet, in the USA, sports seem central to our educational mission. At least, that’s the impression one gets if one looks at some of the more obvious flaws of our system.

Too often, sport is so entrenched into school life that people don’t realize the actual costs. Apart from coaching stipends to teachers or even full salaries for professional coaches, there are athletic supplies, insurance, maintaining the turf, etc. On top of that, the whole logistics for game days: bus drivers, meals, and hotels – for the team, the band, and the cheerleaders. For home games, there are still costs of hiring referees, providing security, preparing the field, and cleaning up afterward. And contrary to widespread belief, ticket and concession sales aren’t nearly enough to compensate for all this. It varies from community to community, but schools spend two to four times more on an average athlete than on an average math student – even in districts that are supposed to prioritize math!

Although many proponents of the current system insist that sport attracts kids who would otherwise forgo school and keeps them out of trouble, this is only true for a small percentage of students. However, others experience adverse effects of this approach. On top of hogging the ever-shrinking funds away from arts, humanities, and STEM, prioritizing sports harms academic achievement in less obvious ways. Often schools lower academic standards when hiring teachers only to be able to get a coach as well. The school calendar revolves around sporting events shifting focus from academics. This had found its hard evidence about a decade ago, when the superintendent brought to rescue one rural school district in Texas banned sports and almost doubled the number of students who passed their classes the very first semester.

The most notorious cases of prioritizing the glamor of athletic victories over academic achievements include underage steroid use scandals, college students masquerading as school kids to join school teams, and parents plotting the murder of their child’s rivals. That, of course, are extreme cases. However, there are smaller things that are as common as dirt. For example, improper grade changes. Many schools have a “no pass, no play” policy. It is supposed to motivate athletes. If they fail, they cannot compete, so to keep their spot on the team, they must hit the books or seek some arrangement with the teacher, like suggesting, “If I revise my essay or write another piece instead of the failed one, can it be a pass?” Yet too often, the grade improves magically just because coaches and administration preoccupied with the misunderstood “prestige” harass the teacher into rigging the grade.

Let’s admit it, the school day starts way too early. Teenagers in middle and high school are most prone to be “night owls” as opposed to younger kids and adults. Study after study shows that starting school day later improves academic achievement and mental well-being. Yet we keep demanding that our children woke up in what feels to them like an ungodly hour to be in class by 8 o’clock. Why? The primary reason is to make more space for sports practice. As a result, everyone suffers, so the school team could use more remaining daylight hours to the maximum. This doesn’t seem neither fair nor efficient.

All in all, I’d say we should revise our priorities here. Instead of seeing any limitations put on school sports as a sacrilege, why not do it the healthy way?

How they approach school sports in Australia

Let’s look at how things are done in the land of Oz using a notable example of Endeavour Sports High School, a “school where Australia’s sports stars are made.” Endeavour Sports High School is a government-funded school specializing in sports. It is situated in the southern suburb of Sydney, New South Wales, and is one of the specialist schools in the country with targeted sports programs.

Instead of cutting costs and diverting budgets from arts, humanities, and STEM, Endeavour School funds its athletic program through partnerships with leading Australian teams and universities. This not only nurtures students’ sporting talents but also opens up opportunities to enter athletic programs in all the best universities in Australia, as well as US colleges. This also allows offering robust programs with excellent facilities and infrastructure for many targeted sports: baseball, basketball, soccer, rugby, cheerleading, athletics, gymnastics, hockey, tennis, swimming, netball, cricket, dance, etc. – for both male and female teams.

In Endeavour Sports High School, training is balanced against academic achievement. When parents send their children here, they know that their kids aren’t only set for an outstanding athletic career but also guaranteed the best education possible. According to Endeavour High School’s principal, academic success is firmly embedded as the number one priority in all they do. I remind you that this is the school with “Sports” in its title. Yet it doesn’t forget that the words “High School” are also there. The policy states that students should apply themselves “to the best of their ability, both in the classroom and, if relevant, on the sporting field.”

Note this careful “if relevant.” The school isn’t exclusively reserved for athletes alone. Children living in the school’s local catchment area are also eligible – and their interests are protected.

Competition is Stiff but Healthy

The school can accommodate nearly 1,000 students in grades 7 to 12, so technically, it’s two school sub-sectors in one – Endeavour Middle School (or secondary, as they call it in Australia) and the High School. The school is very selective. The enrollment is based on target sports proficiency, of course. Yet academic records and behavior reports from previous schools are considered just as closely as the students’ sporting talent.

Yet you cannot just lounge around and enjoy sports once you are in. The strict high-expectation policy is extended to attendance, behavior in the classroom, and completion of assessment tasks. Students can be excluded from extracurricular activities if they let any of those key areas slip.

As a result, the renown of Endeavor High School is such that families move from all over New South Wales – and even from New Zealand to study here. Endeavour School might attract the best athletes, but the focus is to ensure every student reaches their academic potential.

However, this is just one of the seven specialized schools with sporting programs in New South Wales and one of the 5,700 schools that encourage sports-based activities in partnership with the Australian Sports Commission all over the country. For comparison, there are nearly 9,600 schools overall. Despite not being a focal point of the entire educational system, sports have a remarkably wide reach – without hurting academic achievements. For example, in the 2015 Program for International Student Assessment, Australian students scored significantly higher in Science and Mathematics than US students. They also were eight places higher in reading ranking. They must be doing something right. 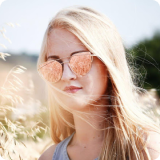 Vicki Mata is a devoted contributor to the WowEssays.com blog. Not that long out of university, yet already a tempered writer, she's a perfect medium to present the most essential news and useful information about campus life and education in general, as well as notable scholarships in particular.

Looking for essays to inspire you? We have samples of all types on any topic under the sun!

Login
Custom Writing
or use your social media account
Don't have an account? Register
Internal server error. Please try again later.
Forgot password?
We’ll email you the instructions on how to reset it